The fight to save the last star in the universe is about to begin as Battleborn, its epic story, and its 25 playable heroes barrel toward launch day on May 3, 2016! In the game’s Story Mode, you’re the commander of the Battleborn, an uneasy alliance of intergalatic heroes from five different factions who have banded together to stop a dark and mysterious enemy from destroying the universe. Under your command, the Battleborn must live together or die alone.

Check out the latest trailer for Battleborn above and learn more about our upcoming Open Beta event that kicks off on April 8 on PlayStation 4 and April 13 on PC and Xbox One by visiting Battleborn.com.

Battleborn releases on May 3 for PlayStation 4, PC, and Xbox One. Pre-order now and unlock the ‘Firstborn Pack,’ exclusive gold skin customizations for Thorn, Reyna, Montana, Marquis, and Rath! 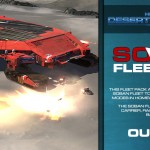 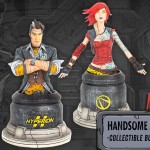