When we announced Duke Nukem 3D: 20th Anniversary Edition World Tour earlier this month, it was revealed that the legendary team of Allen H. Blum III and Richard “Levelord®” Gray got back together to create new maps for this anniversary edition of the classic game. We’re pleased to introduce these maps to you now and give some insight into why we’re calling this game a “world tour”.

In addition to developer commentary and a new True3D rendering tool that allows you to switch between classic Duke Nukem 3D visuals and an updated 3D render on the fly, World Tour brings fans a brand-new episode, Alien World Order, which will send Duke around the globe to iconic locations to save babes and kick alien ass. “Richard ‘Levelord®” Gray came up with the premise of Duke traveling around the world fighting aliens,” said Blum. “So we picked locations that you might expect Duke would want to visit if he went on a vacation.”

But instead of relaxing on a vacation, Duke is on the job stopping a global alien invasion. Using his trademark bravado and an arsenal of weapons worthy of The King, Nukem goes from city to city, blasting aliens in the face and sending what’s left of them back home. Fans of the classic game will be right at home as the new levels fit right in with the rest of good ol’ Duke Nukem 3D, and are also larger than life – just like the real-world locations they represent.

“We took the same approach that we did 20 years ago – making fun maps was our primary goal,” said Gray. “The most important thing specific to the new content was to make the biggest levels ever in a Duke game, and we did! Players will be amazed by how massive some areas are.”

There are eight new maps in the episode: “If the aliens are attacking the world’s most famous landmarks, of course Amsterdam would be one of the places Duke would save first,” said Blum. “And while he’s there he would probably check out one of the ‘coffee’ shops. I tried to build the map similar to the first level in Episode 1, Hollywood Holocaust – namely one that’s compact, good for Dukematch, and has a memorable theme. With the improved framerate of the new renderer and processor speeds, I was able to add a lot more detail to the Amsterdam street area compared to the Hollywood street I built in 1996.” “Moscow is my favorite level because I live here now,” said Gray. “For quite a long time, I said things like – ‘Someday I will find a beautiful woman and move to Russia…’ nobody took me seriously!  In fact, if you look closely and in the right direction at the skybox, you can see where I live. I planted many personal messages such as the names of stores and restaurants of my family and friends here.  I even had the artists replicate my brother-in-law’s storefronts on one street.” “Choosing London was Randy Pitchford’s idea. He thought he could hammer out a Duke Nukem level over the Christmas holiday!  I knew it was impossible, but I kept quiet. *Smiles* I’m still snickering now,” says Gray.

“I took Randy’s design plans on paper and made them real. For the record, making just one of these Duke Nukem 3D levels required two months of full time work. Randy said ‘We should have a telephone booth teleporter!’ We do! ‘We should have a toilet teleporter that takes the player to the House of Commons!’ We do! One of my favorite aspects of making this new episode was the lack of framerate issues. Allen and I did push the limits too far sometimes, but making levels originally intended for 486s was a real blast! In London, as in other levels, there are huge areas. These areas are highly detailed and often crawling with multitudes of aliens and even a few minibosses.” “I wanted to build a large, open exploration map that couldn’t be built with the framerate limitations of 1996,” said Blum. “And since I grew up in California, what better landmark then the Golden Gate Bridge? At the end of the original map in Episode 1, Death Row, there is one submarine. In order to have enough framerate to have just one submarine, I had to build it in a small enclosed area. Now in the new map I was able to have six submarines, the destroyed Golden Gate Bridge with cars on it, and Fort Point!” “Paris is one of my favorite cities,” says Gray. “The city is beautiful, and the people and food are fantastic! Well, they were until the space aliens came to town. The Paris level is not situated in any specific location of the city.  There are a few typical back streets with shops and cafes and apartments, these is a metro station, and a huge underground alien headquarters.” “As the last map in the new Episode, and bringing the game full circle back to where it started in LA, what better place to fight one final boss than at the base of the Hollywood Sign,” said Blum. “With the improved framerate, I wanted to make a map where you could see the final boss area from the start, and then it’s just a straight path of hard fighting toward the final boss fight. Compared to the original final boss area I built in Episode 3, Stadium, this time I was able to actually have more than a couple of flat sectors.” “The Rome level is set in the Colosseum.  It is a secret level designed for Dukematch. It is also populated for single-player and co-op modes,” says Gray. “I went to Italy recently and saw the Colosseum. I’m sure I wasn’t the first level designer to think ‘Wow!  What a great deathmatch level this would make! Wait! …this IS a deathmatch level!’ I couldn’t get very close to reproducing the Colosseum in detail, but I did get to make a huge deathfest area with few places to hide and lots of exposed weapons and ammo. There is an underground area accessible through teleporter drop holes and water tunnels. One access is made by dropping into a hole that places you in a room (via a teleporter) with a pool of water and then continuing into that water (via another teleporter).”

It’s only fitting that gaming’s biggest hero gets his biggest maps ever in his return to fans, and who better to create those maps than Allen and Richard, who helped bring Duke Nukem 3D to life 20 years ago. Duke Nukem 3D’s level design has been heralded as among the best in FPS history, and the new Alien World Order chapter expands on that legacy. On October 11, you can check these maps out for yourself when Duke Nukem 3D: 20th Anniversary Edition World Tour hits PlayStation 4, Xbox One, and PC. 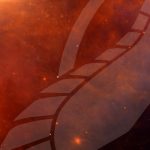