This Thursday (September 29th), we’ll be holding our next livestream on the Gearbox Software Twitch channel! A panel of Gearbox developers including Battleborn Creative Director Randy Varnell, Designer Grant Kao, and Community Manager Joe King will dig into the details of the update as well as announce its release date! Make sure to head over to the Gearbox Twitch channel and follow it so you can get notifications whenever we go live!

In addition to the stream, the guys will also be participating in a Reddit AMA on Friday (September 30th) on the Battleborn subreddit at 12pm PT (3pm ET)! If you had a question that didn’t get answered during the stream, swing by and add it to the thread. 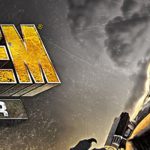