As the founder of Gearbox Software, I can speak from personal experience about the importance of creating inclusive work spaces free from discriminatory behavior and harassment. For those who may not be aware, Gearbox Software is a Texas-based independent creator of award-winning video games. Founded in 1999 by video game industry veterans, we have broken numerous records by creating and releasing innovative games like Half-Life: Opposing Force, Brothers in Arms, Battleborn, and Borderlands—the third installment of which just surpassed more than 7 million units in sales. We are incredibly proud of our commercial and critical successes. However, it is without dispute that these achievements would not have been possible without the incredibly talented employees we have here at Gearbox.

Our mission here at Gearbox is “To Entertain the World.”  I strongly believe that in order to entertain the world, we must be of-the-world. Diversity of talent gives us perspectives and values that improve our ability to offer something for everyone. To be fortunate enough to partner with and work with diverse people, I must fight for the rights of diverse people.

This is why I am honored to receive an award from Equality Texas for Gearbox Software’s leadership in our commitment over the past five years to fighting discriminatory legislation in the Texas legislature, such as the 2017 “bathroom bill.” A great deal of thanks and applause is due to the great team at Equality Texas and Texas Competes. Their work is a testimony to what can be achieved when business and non-profits join together.

My opposition to that flawed bathroom bill was rooted in a fundamental belief that everyone should be treated equally, but also from a business perspective. According to the Entertainment Software Association, Texas ranks third in states with the largest video game industry workforce. While our welcoming business environment and great barbecue are proof enough, there is no reason why Texas shouldn’t be higher. That is why during the midst of that fight, I joined with other CEOs like Brad Smith from Microsoft, Meg Whitman from Hewlett Packard, Apple’s Tim Cook, and Sundar Pichai from Google to say with one voice that this proposal would damage Texas’ reputation and hurt our economic competitiveness.

At Gearbox Software, we work to ensure that all our employees—be they a graphic artist, designer, lawyer, accountant, or support staffer—know they can be themselves, authentic to who they are, without the need to settle. That commitment enables us to recruit and retain the best minds and talent in the video game industry. I remember an interview I did more than two years ago with The Wall Street Journal where I said that the best people in the world at technology and entertainment do not want to live in a place that is seen as discriminatory. It was true then and it still is.

I know Texas’ Bathroom Bill generated a significant amount of controversy, and I accept that. Not everyone may feel the same and I welcome that dialogue and debate. However, I continue to stick to my belief that we must work and fight together to create an environment where we protect and defend the rights of all Texans. And, on a closing note, for those of you who are thinking about maybe coming to Texas to make video games, get in touch. I’d welcome the opportunity to show you why this is the best place in the country for you to call home. 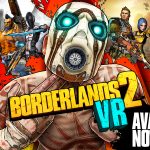 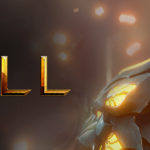