In this inaugural edition of Gearbox Community Badass, we chat with @GanzaEGN! In addition to his efforts as a Twitch streamer and content creator, Ganza is also the creator of “The Hunt”, a Borderlands based community game in which players farm specific loot for points. The Hunt just finished its fourth iteration, which means Ganza finally has a free second to chat!

I started playing Borderlands in 2010 after being introduced to the original by a friend from high school. We were really into the Call of Duty series back then, and Borderlands was a game that was something different; a unique shooter experience like none other at the time.

Looting, shooting, and farming. That’s what it’s all about. I had played a few games before with a Diablo-esque loot system, but combining that with an enjoyable and arcade-y FPS experience is what really captivated me to continue playing; it appealed to two different sides of me as a gamer.

I started uploading video game clips to YouTube in 2009; it really just started out as a thing to have highlights and clips for fun. I’d upload some matches from some Call of Duty games with friends to a Minecraft prank here and there. It wasn’t until the summer of 2013 that I started doing Borderlands related videos and content, including starting a livestream on Twitch. I was heavily invested Borderlands 2 at that time, after playing it on a near-daily basis since release. I would look to Twitch and try to find Xbox 360 open lobbies to play with people. It wasn’t until a streamer who hosted these lobbies, Coffee Junky, suggested I try streaming myself. After that, I got more and more into the Gearbox Forums community and it caused me to analyze the game in a whole different light while constantly playing the game on Twitch.

In regards to The Hunt 4, that was a fun event to follow the progress of! What gave you the idea for the The Hunt in the first place?

Well #TheHunt, the original event, started out as a challenge on my Twitch channel. This was right after Gearbox’s $100,000 Loot Hunt and people were looking for things to do after the event ended. I ended up having a list of all the legendary guns and wanted to try and farm them all. It caught on with other Borderlands streamers at the time, and thus the first event was born. The response to it was just so incredible that there ended up being #TheHunt2, which garnered some additional support from Gearbox from former community manager Adam Fletcher, who ended up supplying some copies of BL2:GOTY as prizes. #TheHunt3 was created by Rleeson85 in my absence as I was taking a break from the game at the time. The fourth iteration was inspired by the release of the Pre-Sequel as well as community desire for an all inclusive series encompassing event.

I don’t know about you, but I’m not what you would call “great at the math”. The Hunt seemed to have a very sophisticated scoring system. How did you develop it and keep up with it all?

Basically, I had a few people whom I consulted about what items to include encompassing all three Borderlands games, and gauge an appropriate point value for that gun, based on it’s rarity (determined by members of the community who have experience farming said weapons). Several rough drafts and many number changes later, the final total was balanced to scale out of 1000 points total. At that point, it was time to create the user spreadsheet for the competitors. Google Docs is what we used for this competition and for the previous ones, as it gives multiple users the ability to edit their own scores in an organized excel workbook accessible to the public.

What would you say the community response has been to The Hunt 4?

The support for #TheHunt4 was overwelming, to say the least. I’m grateful for everyone who helped piece this event together and made it a great success for the Borderlands and Twitch communities.

I’m sure I speak for everyone when I say that I can’t wait for a “The Hunt 5” event. Can you confirm any plans for that at this point?

Well, it would mean a lot to me to see this series of community events continue. I think we’re running out of hunt-able items at this point though! I would like to continue doing events for the BL community as long as they are enjoyable. As for #TheHunt5, I can’t confirm or deny it’s existence just yet.

I have to ask- what’s your favorite character class/playable character and why?

I pick Salvador whenever I get asked this question, and sometimes it garners a little animosity for various reasons, but that is my true and honest answer. He is the character I’ve played since midnight release day one, and we’ve gone through several different phases of the game life cycle on Twitch with that character. In a sense you could say “he’s seen it all…” 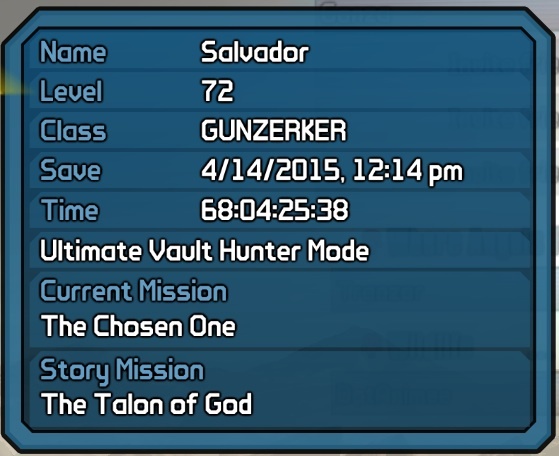 I’ve had several memorable and enjoyable experiences with all the DLCs, but if I had to pick it’d probably be a tie between The Secret Armory of General Knoxx (BL1) or Tiny Tina’s Assault on Dragon’s Keep (BL2).

How can we keep up with you and what you’re up to?

You can watch me play on Twitch at twitch.tv/pbraganza, or follow me on YouTube at youtube.com/armthehome1ess (A Tom Morello reference for those who know). The best way by far to get in contact with me is twitter, “@GanzaEGN“, or message me here on the Gearbox Forums! –> @GanzaEGN 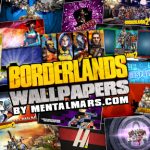