It’s that time of the week again: time for another edition of Gearbox Community Badass! This week we’re chatting w/ the one and only @GogoIncognito! Gogo is another of our community’s amazing cosplayers who really take the art form to the next level. Between her incredible Moxxi and “Handsome Jackie” cosplays and her numerous other rad endeavors, she’s made quite the mark on the Gearbox cosplay community. How does she handle all the success? Let’s find out!

I’ve been playing Borderlands since a few months after the first game came out. My husband and I and a few of my gal pals had been playing Left 4 Dead and L4D2 constantly, and I wanted a new, FPS co-op for us all to play. I read a review of Borderlands somewhere, noted the premise, saw the art, and that was that. We played so much Borderlands, tore through the DLC’s, and spent hours upon hours in Moxxi’s Underdome. And so on with Borderlands 2 and The Pre-Sequel.

Again, I love the art style. And I just adore the homages to Mad Max – I’m a huge fan of that franchise, too. A wasteland or apocalyptic-ish setting will get me almost every time. I love the humor, the irreverence, the inclusiveness and pansexuality of the characters, the array of critters, the play style, the emphasis on co-op, and the GUNS. The hours I have spent gun farming! And I consider those hours well spent. I also believe that heroes are only as interesting as the villains they’re up against. Viva Handsome Jack! I hope Borderlands 3 (or whatever comes next) will clone him or bring him back via some twist, because he’s too wonderfully bad to be gone for good.

Lilith/Siren was my favorite from the first game, and I recently restarted PreSequel as Handsome Jack’s Doppelganger and am really digging this playthrough. That said, Axton / Commando is (for now) my absolute favorite. He and I just gelled. I thought his voice actor nailed it, I named the twin turrets Betty and Paige (get it?), and smiled for miles whenever he’d look at guns and grab his crotch. As a character, Axton has that mix of sarcasm, bravado, and occasional awkwardness that I find charming. Plus, he and I kick some serious ass together.

You’re well-known for your amazing cosplays. How long have you been cosplaying and how did you get into it?

As my nickname implies, I’m a former go-go dancer. I used to work in some of the biggest clubs in NYC while in college, grad school, and as a poor, starving Social Worker. Cosplay in the states was just becoming a thing when I was dancing, and it intrigued me immediately. I dabbled it in some, mostly closet cosplay, and then got more involved with various anime, comics, and videogame fandoms and got seriously hooked. I’ve been putting together cosplay-ish costumes for go-go and burlesque for years, but shifted into making cosplay a focal hobby (and now a part-time job) about 6 years ago.

I’d say two of your most recognizable cosplays are Moxxi and Handsome Jack. How did you settle on them as your “muses”?

It was love at first sight for me with Moxxi. I have such a thing for strong, confident women, and Moxxi is certainly that. She immediately reminded me of two of my favorite female characters of all time – Jessica Rabbit (of Who Framed Roger Rabbit) and Aunty Entity (from Mad Max Beyond Thunderdome). Moxxi, like Jessica and Aunty, is an archetype of the strong, unapologetically sexy, smart, self-aware, female force of nature that I feel is so important to have represented in modern story. Besides the discussions to be had about Moxxi as an icon of female empowerment, the fact that she hides her Hodunk origins and accent touches on classism, stereotypes, and the perception of intelligence. Deep stuff for a NPC.

As for Handsome Jack…well, who doesn’t love a charismatic villain? Sure, he’s a dick, but that’s a big part of what makes him so much fun. Beneath all his snark and rather blasé take on evil, there’s avulnerability that makes him a more intriguing villain, and very believable as a character. Plus, cosplaying him gives me license to act like a fabulous jerk.

What advice would you have for someone who is looking to get into cosplaying?

For people new cosplay: Don’t be afraid to start with “closet cosplay” and build from there. Some of the best cosplays are really simple to make. I think cosplay is about about embodying the character more so than how complicated your armor or how elaborate your makeup is. That said, makeup, hair / wig, and finishing touches are important. That goes for gents as well as ladies. Watch Youtube tutorials, practice in the mirror, and learn how to contour so that you can shape your face into a variety of characters. To everyone: Be nice. Be friendly. Compliment each other and support your fellow cosplayers. That person that you encounter for all of 5 minutes could end up being a good friend. Or, could be the one to offer you a job. You never know! The cosplay community is one of the warmest and most supportive I’ve ever encountered. Be positive and kind and I’m confident that you’ll reap rewards.

What’s your next project?

I’m in an 80’s / John Hughes themed burlesque show in August with Hotsy Totsy, and thus have a new burlesque cosplay to create in the next two weeks. I’m creating a new Catwoman for NYCC, embarking on my first Worbla build, and have a fun Borderlands / Adventure Time mash-up in the works. I’ll likely be guesting on a few upcoming podcasts, and I also have a secret cosplay planned that you’ll have to follow me on IG or FB to see.

What are you most looking forward to seeing from Gearbox in 2015-2016?

BATTLEBORN!! From what I’ve seen, and the little I got to experience at SDCC, it’s everything I want to be playing. The characters look amazing, the play style feels freshand wonderfully familiar at the same time, and I’m impatiently waiting for more Battleborn cosplay guides. Some of my friends have already fallen in love with certain characters, but I need to see more before I decide who to take on. I also hope to hear that the next installment of Borderlands is in the works. Please, Gearbox, make it so. A gal can only live on rumors and vagueness for so long.

You can keep up with me and my geek, chic, superfreak adventures on Facebook at //facebook.co/GogoIncognito, on Instagram at //instagram.com/GeekChicSuperfreak, on Twitter at //www.twitter.com/The_Gogo (Warning: therein you will also find photos and stuff about booze, food, and cats, conventions, and various rants and raves about gaming and drag-queens (two of my favorite things.) On Tuesdays from 7-9 Eastern, I livestream on Twitch for AllThatsEpic.com at //Twitch.tv/AllThatsCosplay, and mostly stream Borderlands 2 or PreSequel. Would love to have more Borderlands fans hang out and laugh when I drive off of a cliff to my doom. I’m hoping to start a new cosplay article series with Nerd Caliber, so stay tuned and wish me luck with that. If you’re in the NY area, you can catch me at Hotsy Totsy Burlesque shows in August, November, and December of this year. I tend to hang out in the Borderlands Cosplay group on Facebook. I’ll be at Dragon*Con, C.A.P.E., and NYCC this year. And I love to talk gaming and cosplay, so feel free to holla at me on social media. 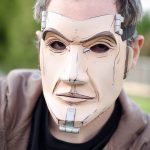 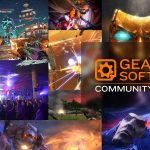