We’re very happy to announce that Duke Nukem 3D: 20th Anniversary World Tour is now available in Germany as of today! You can revel in the glory of the classic first-person-shooter once again, and this time on Xbox One, PlayStation 4®, and PC.

As you ravage the alien hordes, make sure to take a break now and then to visit our official forums. There, you can keep up with the conversation regarding Duke or even start a discussion of you own with other players. Need support? We’ve got you covered there too. Visit our support page and we’ll be of service in any way we can. 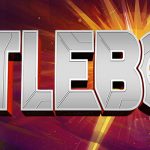