In this week’s Gearbox Community Badass, we shine the spotlight on the one and only @Derch. Derch has been a community fixture for a long, long time now. In fact, I’m not sure I even remember a time when there was no Derch. Derch has done a lot for the community in terms of content creation. He’s a very active YouTuber, has written countless guides that can still be found on the forums today, and even co-founded the Unofficial Gearbox Forums Discord server. Even with all that, Derch’s greatest contribution to the community is his willingness to share his knowledge in a way that helps others become better at and enjoy Borderlands more. I managed to persuade him to put some pants on long enough to answer a few questions

I started playing Borderlands the first week the first game came out. I wasn’t really playing video games at the time but still casually looking at new games coming out, a lot of my friends played a lot of games. I remember seeing an IGN article on it and was really pulled in just from a few images of it and the more I read I got really excited about it. I didn’t have a gaming system or a good computer at the time but I bought it for my laptop anyways and really had fun with it, but playing on the laptop wasn’t ideal so I picked up an Xbox 360 and another copy of the game and never really stopped playing some sort of version of the game ever since.

What is it about the series that keeps you coming back?

Can I answer all of it? I mentioned above that I wasn’t really playing video games when the first Borderlands came out, somewhere around 2001-2002 I just lost interest in video games, I would get a game and play it for a few hours and never touch it again. At that time I had a PS2 and N64 and they just started collecting dust. But back them my favorite games were FPS and RPG’s. I’m also a huge fan of comic books, all things sci-fi, post apocalyptic genre, westerns, etc.. So many things that really fit the mold of what is borderlands.

I love the shooter aspect of it, the RPG and skill tree element, the atmosphere, the comedy, the characters, the heart of it all. It’s almost like Gearbox made the perfect game for me.

Then you have the depth of it, so I was dragged in by the outer layers of it, but the internal mechanics, the math behind it, the combinations of loot and skills. Thats a big part of why I keep playing, so many ways to play it, so many outcomes, so much variation.

That is a toss up between Maya and Timothy. I love the combat loop of Maya with all her crowd control. Although deeply flawed and some of her skills didn’t pan out I still love how she plays. I’ve been known as a micro manager at work so it makes sense that I would love a character that can micro manage the battlefield with both singularity effects and debuffs.

Then you have Timothy and as a character I like him more. I love the variation in his skill trees, I love the fact that he isn’t a badass and how he gets scared on big jumps. You can play him so many ways and with pretty much any gun you can think of. He’s IMO the best designed skill tree Gearbox has made. In fact I made a video about that.

It’s so hard to choose which one I like more. I do like BL2 more than TPS (not that I don’t love TPS because I do). If Timothy was in Bl2 I have a feeling I would use him more than Maya. I don’t know, I love them both.

You’ve created some really great Borderlands videos, guides, and other content; How did you get started doing that?

My first guide I made for this place was the Maya Top Gear, which was the first of all the Top Gears as well. At the time I did that I was on Xbox and all my friends had moved onto other games so I was playing a lot with randoms and new friends that I met by playing with randoms. In talking to so many people it hit me that they really didn’t know about a lot of gear. Most of them both came to the forums to read them but were only aware of how good a small collection of guns were. I was active on the forums at that point but outside of the Maya section I don’t think many people knew me. I knew a lot of the info about all the guns were in the forums, but it was all over the place and not in one organized thread.

So long story short, I saw something that didn’t exist so I made it.

People really loved it and gave me a lot of positive encouragement, shortly after @Sljm and@DarthSpiderDen made the Sal and Zer0 ones, and then the Skills Guides followed, and if I saw missing info that I knew I could cover I wrote the guide on it.

Call me narcissistic but after those Top Gear guides took off, a bunch of new guides started up in the forums. Shorty after all that @Psychichazard helped us reorganize the sub forums with new stickies and resource guides. I was really proud of what the community did at that time, coming together collecting so much information and making it all easy to find. I’ve been apart of a lot of Internet forums, but never one as friendly and as organized as this one and I was really happy to both be a part of it and do my part in it.

Videos is a more recent endeavorer of mine. I went from console to a crappy pc and once I upgraded to a good PC and could make good videos I jumped at the chance. For so long I asked people to make videos for me since I couldn’t. I was excited to be able to show off my builds, but also put my money where my mouth was. It’s not yet been 3 months of making videos but its gone extremely well so far and I think my standing in these forums and the greater Gearbox community has really helped me do well.

I got into my fair share of “UVHM difficulty” arguments on these boards and it’s nice to not only say something about it but show it. In those arguments I didn’t want to fight for the sake of fighting, I wanted to help those people get past the difficulty so they could have fun with it. So I try to explain my choices in my videos, not only of gear but of how I approach combat. Thats the approach I have done with my videos so far I want to help people learn new things about the game and how they can do better at it, not with glitches or cheats, but just good game play.

My most recent venture of making things was quite different, the Unofficial Gearbox Discord Server. This is maybe my favorite thing I have done. My friends @Abvex and @Zsoxi introduced me to Discord, then ran the Teamspeak I used to hang out in and Zsoki showed this how cool Discord was with a really big Final Fantasy server and I thought “that would be cool to have a big Gearbox server for everyone to hang out in and get to know each other better. So I just made it, Zsoki helped me get it set up because she is smarter than I am. She posted it here and now we have over 120 Gearbox fans in there hanging out and just having a good time. It’s so amazing and it makes me increasingly happy to see it grow and just be a really amazing nice place to be.

So once again, just make it because why not. I heard a recent interview with Robert Rodriguez just after I made the Discord server and he mentioned a quote he kinda lives by “If not now, when?” I thought that was perfect.

Any advice for people out there who may want to create some Borderlands content of their own?

Content on the forums as in guides, if don’t see something that you think should be here, make it. It’s really that simple. Of if you don’t think you can make it ask someone else to do that and make the one you feel comfortable with. But when you make those be open to suggestions and feedback of others. The Top Gears have relied on that to do well.

On Youtube, I’ve only been doing it for a few months but know your voice and be you. I have seen a lot of people chase getting raided or plugged by a bigger channel and while that can help your sub/follower count it doesn’t always help your views. You need to find your audience and not someone else’s audience. Other than that, do it on a regular basis if you want to build that audience, daily if you can.

What are you most looking forward to from Gearbox in the future?

Obviously Borderlands 3 is a big one but right now I’m way more excited about Battleborn. Once again its a new IP from gearbox which has me all sorts of excited. I like that it isn’t Borderlands but its still Gearbox. The short vs long progression looks really fun to me as well as new and interesting. I like the idea that you will want to have a different spec for so many different situations. My favorite DLC for borderlands were always the characters and level caps because they brought me the most replay value. So the idea of 25 characters to start with sounds amazing to me.

Lastly I’m excited to see how making Battleborn might effect the future of Borderlands. The lessons that Gearbox will learn from making and balancing 25 characters has to influence how they make games in the future and I think this is both a good and exciting thing.

Where can people keep up with the latest Derch news?

You can find me all over the place, here of course to start with
My Youtube is here https://www.youtube.com/user/dswalheim
My Twitter is here https://twitter.com/derch1981
You can also find me in my Discord server which is free and open for anyone to join herehttps://discord.gg/0Ut1Gt2sJo6GTFXa
I don’t stream but you can often find me playing with the lovely Katie Waffles here//www.twitch.tv/katie_waffles/profile 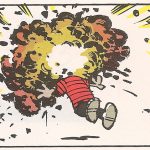 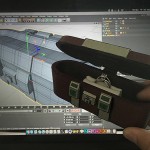