Since its inception, Gearbox Community Badass has covered some of our community’s most talented cosplayers, streamers, and content creators. This week, I thought it’d be fun to showcase a smaller, but equally dedicated wing of the community, the Homeworld side of things. When I decided to feature a “Homeworlder” this week, I talked it over with the dev team and we agreed that @EatThePath would be a great first Homeworld feature! @EatThePath is not only a dedicated Homeworld player (and has been for a longtime), but he also creates mods for the game and is viewed as one of the community’s authorities on the franchise. Below, you’ll find not only my chat with him, but also a few screenshots of some of his mods and links to where you can go to try them out!

How long have you been playing Homeworld and how did you get started?

I got started either in late 1999 or early 2000, with Homeworld 1. I remember seeing it in stores and just from the cover art begging my parents for it. It was the GOTY edition with the Taiidani fleet plastered across it. 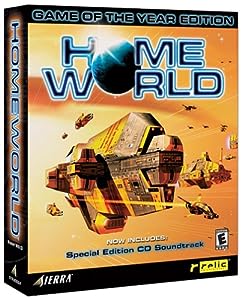 When I got it my PC’s CD drive wasn’t good enough, and I hate to wait for a new one to be ordered. In that time I downloaded the demo, played it to death, and read the manual and strategy guide cover to cover repeatedly. I just couldn’t get enough, it was great. Getting involved in the old Relic News community led me to some very important relationships that last to this day, plus pretty significantly shaping my tastes in science fiction as well as just fiction in general

What’s your favorite thing about the Homeworld series?
Argh, that’s like asking what my favorite ingredient in a cookie is. Trying to narrow it down to one thing eventually brings me to it’s style, presentation, the gravitas of it all. When you hit the big emotional moment in mission three(people who played know, people who haven’t aren’t getting spoiled by me here) it’s to me about as good as games have ever gotten in delivering an emotional impact, and from then on the story has it’s hooks in for good. The story, the art, the voice acting, in my opinion even aspects Homeworld 1’s UI design played into this.

Art, story, and gameplay are all runners-up in their own right, and I could expound on those at length too, but the series’ modability is also worth mentioning. That got me started on developing a number of different skills that now together dominate my life, so it’s hard to not give it a special place.

Any hot Homeworld strategies or tips for the newbies out there?
Strats, no. I’ve never been a multiplayer guy, at least not competitive, so I’m not the one to ask unless you need help beating Homeworld 1 missions. Tips? I really would recommend playing Homeworld 1 classic, some people can’t look past the graphical age or work around the clunkier old UI, and I understand that completely, but if those are aspects you can handle I think it’s a different enough experience to be worth exploring. There’s a fan patch out there, Homeworld Splendor5 that goes a little ways towards making it a bit nicer for new systems.

And don’t be afraid of trying mods! There’s a bunch of them out there, and the steam workshop system makes using them tons easier than it used to be.

I know you’re a Borderlands player too. What was your first reaction when you heard that Gearbox was reviving the Homeworld franchise?

Excitement, and some trepidation. I’ve gotten a lot of fun out of some of gearbox’s games, absolutely, but it’s not a perfect track record and RTS would seem to be new ground for the studio. I’ve got a pretty complex view of the Homeworld franchise and creators too, so there was a lot of hope of what could be, but also fears of it being a Star Wars Special Edition type situation. Either way, I was glad to see it come out of the mothballs THQ had it in.

I really, really loved playing Brick in BL1. That gleeful laughter while zerking was a highlight of the game. Come 2 I’ve mostly played Siren, often speced towards rezing people. That’s a lot of fun too. Nisha in TPS is a decent third place.

If you had a real life action skill, what would it be? (It doesn’t have to exist in the game by the way. It can be whatever you want!)

Hm. I think I’d get a new one, duplication. A bit like the digi-jacks I suppose. Some passive skill options to modify it, more duration or more energy or whatnot. Send a temporary copy to go make dinner while I work on something, make it easier to test multiplayer stuff, or just get more done.

That’s quite kind of you to say. The thing that got me into modding is a total conversion project called Homeworld:@, generally pronounced “Homeworld At” or “hwat” if you’re in a hurry. As often happens to die-hard fans of a series, especially ones that get extremely invested in story, Homeworld 2 didn’t exactly take the series in the direction everyone had hoped. I’ll spare you the details here. There’s a lot of people out there that like 2 as much as, or more than, 1, but I’m not one of them. A few friends and I got talking about this, and one of us drew some pretty cool spaceships. From that and some story ideas grew Homeworld:@(Originally Homeworld 2:2, but type HW2:2 fast enough often enough and eventually that shift key is going to get held down a bit too long). I taught myself 3d modeling and eventually programming, while my fellow mod founder and ongoing co-leader(Talhydras or AvatarII depending on forum) taught himself how to texture while sharpening his concept art skills, and our mutual friend Icefox helped us with infrastructure, code, and ideas.

We’re trying to recapture what made Homeworld 1 magical for us, and that’s an extremely large task that we’re still working on today. Along the way we’ve gotten a lot of help, both directly and indirectly, from the community. Some faces have come and gone, but today Kragle(Doci7) and Dark Sentinel are huge contributors to the mod’s art. That’s not an exhaustive list either, but there’s too many contributions to list in full here. We also try to give back, with effects, ships, and a game mode of ours found in other Homeworld mods. Homeworld Remastered opens a lot of doors for us, but there’s also a lot of work to be done to get everything up to the new standards and formats. Our last release for the classic version will hopefully be ready to download by the time this spotlight goes up, at //www.moddb.com/mods/homeworld1 and on steam. Remastered versions will come down the road.

I also recently put together a small mod at the request of a colorblind individual who had trouble with the green/red friend/foe colorcoding in the game, replacing red and green with orange and blue. It’s avaialble at //steamcommunity.com/sharedfiles/filedetails/?id=458345401 and seems to help people.

For those who might be unfamiliar, explain a bit about what “modding” is and how it works.

Modding is the act of taking a game and changing something about it. In the case of Homeworld, the game is controlled by a great big pile of files that’s hidden from view, and you can replace them. Want a ship to go faster? Replace the data file for that ship with a new one that has a different speed value. My first mod was a very simple cheat that just made my tiniest fighter go faster and hit harder because my young brain was overwhelmed by the difficulty and just wanted to see the rest of the story. No youtube letsplays back then. Mods available for Homeworld range pretty wide. There’s the tiniest tweaks, broad re balances, fan expansions, and even ‘total conversion’ mods that practically strip the game engine bare and build a new game on top. You can find Homeworld 2 total conversions based on most popular sci-fi franchises, even ones that have never had their own strategy games.

Making mods can be very rewarding in it’s own right, seeing an idea you had in your head brough onto the screen has a lot of pure joy in it. It’s a great chance to develop certain skills, too. I knew a little programming before I got into Homeworld 2 modding, but it finally gave me a place where I could really see the results of relatively small bits of code doing things without having to build the whole rest of a game first. That got me moving down a path that has me today working on stand-alone game projects (Shameless plug: If you like indie platformer and/or flying flightless cartoon birds, do me a favor and follow https://twitter.com/noctisprod)

Back on the player’s side, modding works pretty easy in Homeworld now. It used to take a level of comfort with editing shortcuts and moving around files that a lot of people don’t have patience for, but now you just go to a mod’s steam page and click subscribe, then pick it in the launcher. Hell, I make mods and that streamlining has still gotten me to try mods out I would have skipped over before. There’s some very high quality work out there that deserves more attention.

There’s a lot of possibility in Homeworld Remastered updates, and the dev team has been exploring those possibilities. As someone who’s been modding for the engine for years, that’s extremely exciting for me, and some things have already come true that I’d expected to never happen. Right now I’m most invested in seeing new fruit from that tree. Once that road is taken as far as it goes, the thing I’d like to see most out of the franchise would be a Homeworld Cataclysm Remastered. That’s an unpopular opinion with some, and doesn’t seem especially likely all told, but it’s much more realistic than any of my other dreams

Outside of Homeworld, I am interested in both another Borderlands game and in Battleborn. I enjoy the Borderlands franchise quite a bit and the trend seems to be an upwards one, while Battleborn is a bit of an unknown quantity but looks like it probably plays to similar developer strengths as Borderlands does, and so is pretty worth trying. 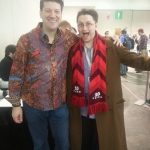 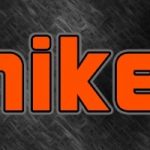