In this week’s Gearbox Community Badass, we’re chatting with Borderlands streamer extraordinaire,@Smikers! Smikers is a super entertaining streamer who always shows Borderlands a lot of love (which, of course, we greatly appreciate) and is well known for his #1Life2Live runs. He takes pride in producing awesome content and forming a great community experience around it! I’ve personally hung out in Smikers’ streams and there is never a dull moment. So with all that going on, how did he manage the time to chat with me? Lots of begging and pleading on my part… LOTS!

It feels like Borderlands has been at the heart of my gaming life for as long as I can remember. I unlocked the “Paid in Fyrestone” achievement on December 28, 2009, so I think that’s a fair estimate. I picked it up as a game to play with my sister, who some of you may know as KiwiTurilli in my Twitch chat. Little did I know that we would both find more than just a game to pass the time together. I don’t think I played anything else for months. Just between us, I would totally log in on Kiwi’s account and play split-screen to up my chance at finding better loot. Don’t tell her I said that. (For the record, it didn’t work anyway – I never found a single Pearlescent gun in Borderlands for the Xbox360.)

I knew I would love the original Borderlands the moment I saw a red chest open during one of the first trailers. Having just played Diablo II for the first time and being freshly introduced to shooters (Borderlands was legitimately only my 3rd FPS) it seemed like the perfect blend of gaming elements. If you sat me down and asked me to conceptualize a game, it would probably turn out a lot like Borderlands. Random loot, character progression, simple controls, fluid animations AND humor? I mean, I think we all have a wishlist for things we’d like to see in future installments, but from a core element standpoint I think that’s perfection. Also, from a streaming perspective, there are a lot of things you can do with Borderlands to keep it fun and fresh every time you sit down. Sure, you can just hunt for the best gear and kill the hardest boss.. but why not play through the game using only the Flakker? How about restricting yourself to Bandit-manufactured gear only? Better yet, let’s see how far you can get without dying! Borderlands is open enough to allow for so many specialized playthroughs that starting over feels fresh every time. After 2000+ hours and 126 Borderlands 2 characters (not counting console time before this) I’m still hyped to sit down and play every day. Honestly though, I think it’s all about hearing Nomads die to shock damage. Whoever voiced that deserves a Gaming Emmy. (Is that a thing? If not, it needs to be, just for Nomad VO guy.)

How long have you been streaming and creating Borderlands content now?

I tinkered around with streaming a few times prior, but my first true stream was on December 4th, 2013. Is it weird that I remember that? Borderlands was the first game that I ever streamed “for real” and it remains the centerpiece to my channel to this day. The support from the Borderlands community is truly fantastic.It’s been my goal from day 1 to provide an atmosphere and community that people are comfortable in. I’m a pretty laid back kind of person and I think that translates to our stream as well. We have fun and we can be silly (I mean, I’ve been hit in the face with HOW many baked goods now..?), but I try to stray from toilet humor – instead opting to be respectful and informative. I also try to approach things from the angle that everyone is smart enough to form their own opinions. Just because I’m a streamer doesn’t make my opinion any more valid than someone who just stumbled upon my chat. Using that theory and prompting discussions, we’ve come up with some great ideas for the future of the Borderlands franchise together.

How’d you get started streaming Borderlands?

I owe it all to the Borderlands Twitch community, in truth. As I mentioned, Borderlands was the first game that I ever streamed – but not only that, it was the game (and community) that introduced me to Twitch at all. I started watching Twitch around the time that Digistruct Peak came out for Borderlands 2, and the concept of streaming and watching others play the game that I love really struck me. It became a daily routine of playing along while listening and learning.In December of that year, the concept of #1life2live was introduced. (For those that don’t know, that’s a challenge where you only have one life and you try to get as far into the game as possible without dying.) The only reason I ever started streaming was because you needed to stream to have proof of your progress while taking part in #1life2live. Before that, I never even considered streaming, and honestly never thought I would even be good at it. Truth be told, and I’ve mentioned this in passing a few times, I was very self-conscious, not very social, and honestly wasn’t even comfortable talking at length before I started to stream. Something magical happened that first stream though – firstly, I didn’t die! Secondly, someone asked me a question and somehow I managed to answer them without making a fool of myself. After some quick self-evaluation, I realized that I could actually be good at this. Following some consistency, some VERY late nights (starting at 3am, anyone?) and a whole lot of luck, the channel took off and never really slowed down. After 20 months and hundreds of unicorns, here we are!

What’s your favorite playable character (and why)?

In Borderlands, I never forget my first – Roland. There’s nothing better than cranking up an Assault Rifle with Metal Storm. Sure, Space Magic is fun, but… bullets. Lots of ’em. In Borderlands 2, I love Zer0. He just strikes the perfect balance of a great melee character and a great gun-based character, and makes both of those playstyles FUN. Isn’t fun all that matters here? He’s definitely the character with the highest learning curve, but he’s oh-so-good once you figure him out. The Pre-Sequel is a little bit closer – I really liked Wilhelm (for reasoning, see: Roland) but Aurelia was a lot of fun as well. That’s a toss-up. Overall though, my favorite has to be Zer0. I hope to see that ability to mix playstyles in future characters!

Any big plans for your stream/channel in the near future?

Actually, let’s start on a community scale. We’re right in the middle of another #1lifechallenge right now! If you’ve ever had any interest in streaming, just look at what a community event did for me and consider taking part. Even if you haven’t, definitely check out the Borderlands 2 directory on Twitch and cheer on the participants. Or.. you know, secretly hope that they die. (Come on, we know that’s why you’re there, don’t lie!) As for my channel, we just passed my one-year anniversary of being partnered on Twitch, so look for a special little something coming up to celebrate that. I won’t spoil anything, but let’s just say that we’ll need 16 vault hunters on standby! This fall/winter is shaping up to be very interesting as there are many solid releases on the docket. My head has been spinning trying to keep up with it all! Of course, Battleborn is also now in sight with a release date. There’s a lot of interest in this one, and I’m asked daily if I’ll be playing it. I’m sure I’m not the only one waiting for the Beta to help sway some opinions! 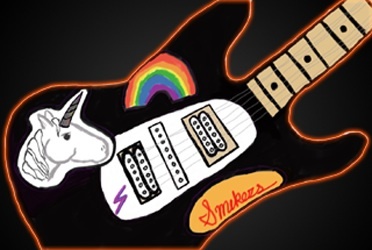 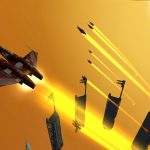 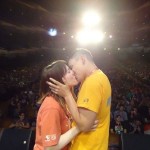 Love is in the Air Edition: Melanie and Michael