FRISCO, Texas, May 18, 2021  — Gearbox Entertainment today announced that 2 million Borderlands 3 players contributed to medical research by playing Borderlands Science, an interactive science discovery game (SDG) within the critically and commercially successful looter-shooter action title. Today, we celebrate and look back at the successful first year of Borderlands Science within Borderlands 3, which was created by Gearbox in partnership with Massively Multiplayer Online Science (MMOS) and researchers at McGill University and the Microsetta Initiative. Borderlands Science allows players to map the human gut microbiome to advance vital medical studies while earning in-game rewards.

“Borderlands players continue to humble and amaze me with their eagerness to explore the alternative game-within-a-game Borderlands Science experience bringing their profound cleverness and incredible energy to the benefit of real-world medical research,” said Randy Pitchford, founder of The Gearbox Entertainment Company. ‘The enthusiasm around Borderlands Science reaffirms my belief that interactive entertainment offers an exciting positive role to play in addressing major challenges faced by our species.”

The data collected from Borderlands Science will help researchers map the human gut microbiome and better understand a variety of medical conditions. Last September, Nature Biotechnology, a monthly journal covering the science and business of biotechnology, published an article co-authored by Randy Pitchford about the game’s applicability to future research, including around the SARS-CoV-2 virus and COVID-19 pandemic.

“The Borderlands community’s participation exceeded our most optimistic forecast,” said Jérôme Waldispühl, professor, McGill University. “After only one year, this massive contribution enabled us to analyze up to 84% of our original mapping of microbial DNA. We are now carefully assessing the information gained from each move made by the participants and are looking forward to applying these results to new microbiome studies as soon as possible. If the participation remains at this level, we will be able to build a map of our microbes at much higher resolution than initially anticipated.”

“Today we are celebrating the first anniversary of Borderlands Science, but this story started 6-years-ago when I first met Randy Pitchford and we promised each other we would collaborate on something special,” said Atilla Szantner, co-founder and CEO of MMOS. “The enthusiasm of many exceptional people at Gearbox made Borderlands Science come to life. It is the contribution of the devoted Borderlands community that made our project have such resounding success in video game and citizen science history.”

About Take-Two Interactive SoftwareHeadquartered in New York City, Take-Two Interactive Software, Inc. is a leading developer, publisher and marketer of interactive entertainment for consumers around the globe. We develop and publish products through our labels Rockstar Games, 2K, Private Division, and Social Point. Our products are designed for console systems and personal computers, including smartphones and tablets and are delivered through physical retail, digital download, online platforms and cloud streaming services. The Company’s common stock is publicly traded on NASDAQ under the symbol TTWO. For more corporate and product information please visit our website at http://www.take2games.com

About McGill UniversityFounded in Montreal, Quebec, in 1821, McGill University is Canada’s top-ranked medical doctoral university. McGill is consistently ranked as one of the top universities, both nationally and internationally. It is a world-renowned institution of higher learning with research activities spanning two campuses, 11 faculties, 13 professional schools, 300 programs of study and over 40,000 students, including more than 10,200 graduate students. McGill attracts students from over 150 countries around the world, its 12,800 international students making up 31% of the student body. Over half of McGill students claim a first language other than English, including approximately 19% of our students who say French is their mother tongue.

About MMOSMassively Multiplayer Online Science (MMOS) is a Swiss start-up bringing innovation to citizen science and gaming by introducing citizen science micro-tasks in major videogames. Past projects include the award-winning editions of Project Discovery in EVE Online and Borderlands Science in Borderlands 3. These science mini-games engaged over 3 million players and contributed with close to half a billion of player submissions to advance science. For more information visit www.mmos.ch. 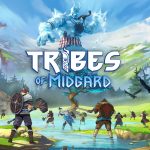